The Long-Term Effects of a Traumatic Brain Injury

Since a traumatic brain injury (TBI) involves damage to the most complex system in the body, it can have severe, life-altering consequences for a victim.

Below, our Austin personal injury attorneys discuss the common symptoms, causes, and long-term effects of TBIs.

What is a Traumatic Brain Injury?

A TBI occurs after a blow or jolt to the head. In many accidents—such as car accidents, sports accidents, slip and fall accidents, and more—the head experiences sudden acceleration or deceleration while the brain remains in place.

When the brain ultimately does catch up to this sudden movement, it may bounce against the inside of the skull, resulting in an injury.

Depending on the severity of the accident and injury, a TBI may be classified as mild, moderate, or severe.

A mild TBI involves a loss of consciousness for a few seconds to a few minutes. In addition to this, mild TBI victims may experience the following:

Moderate to severe TBIs are more serious. They often involve a loss of consciousness for several minutes to hours. In addition to this, moderate and severe TBI victims may experience the following:

In addition to the various classifications of TBIs, there are also several different types of this injury, including the following:

TBIs can happen in any accident that involves blunt force trauma to the head. Some of the most common causes of TBIs include the following:

The Consequences of a Traumatic Brain Injury

It’s rare for a TBI to ever completely resolve. Unfortunately, many victims experience disturbing symptoms for the remainder of their lives.

There is still much that medical practitioners do not understand about TBIs. Often, experienced doctors and nurses cannot even detect TBIs on modern imaging equipment. This is why TBIs are known as the “invisible injury,” and explains why so many victims received delayed diagnoses.

Delayed diagnoses are one of the main reasons that TBIs linger much longer than they should. As such, mild, moderate, and severe TBI victims alike may experience debilitating symptoms for decades.

Some of the most serious long-term consequences of a TBI include the following:

Can You Prevent a Traumatic Brain Injury?

If there is one truth about life, it’s that we do not know what will happen to us this day or the next.

As such, it’s not always possible to prevent a traumatic accident and injury. There are, however, certain measures you can take to reduce your chances of being involved in such an incident, including the following:

There are nearly no limits to the pain and suffering that a TBI victim may experience throughout their lives.

As such, they should be able to recover compensation from whichever party caused their accident and subsequent injury.

At The Stewart Law Firm, we can help you recover the following damages for a TBI:

If you received a TBI in an accident caused by someone else, our Austin personal injury attorneys are here to help. While we know that nothing can undo an accident that never should have happened, we hope that helping you seek justice against the negligent party will help you move forward from this tragedy. 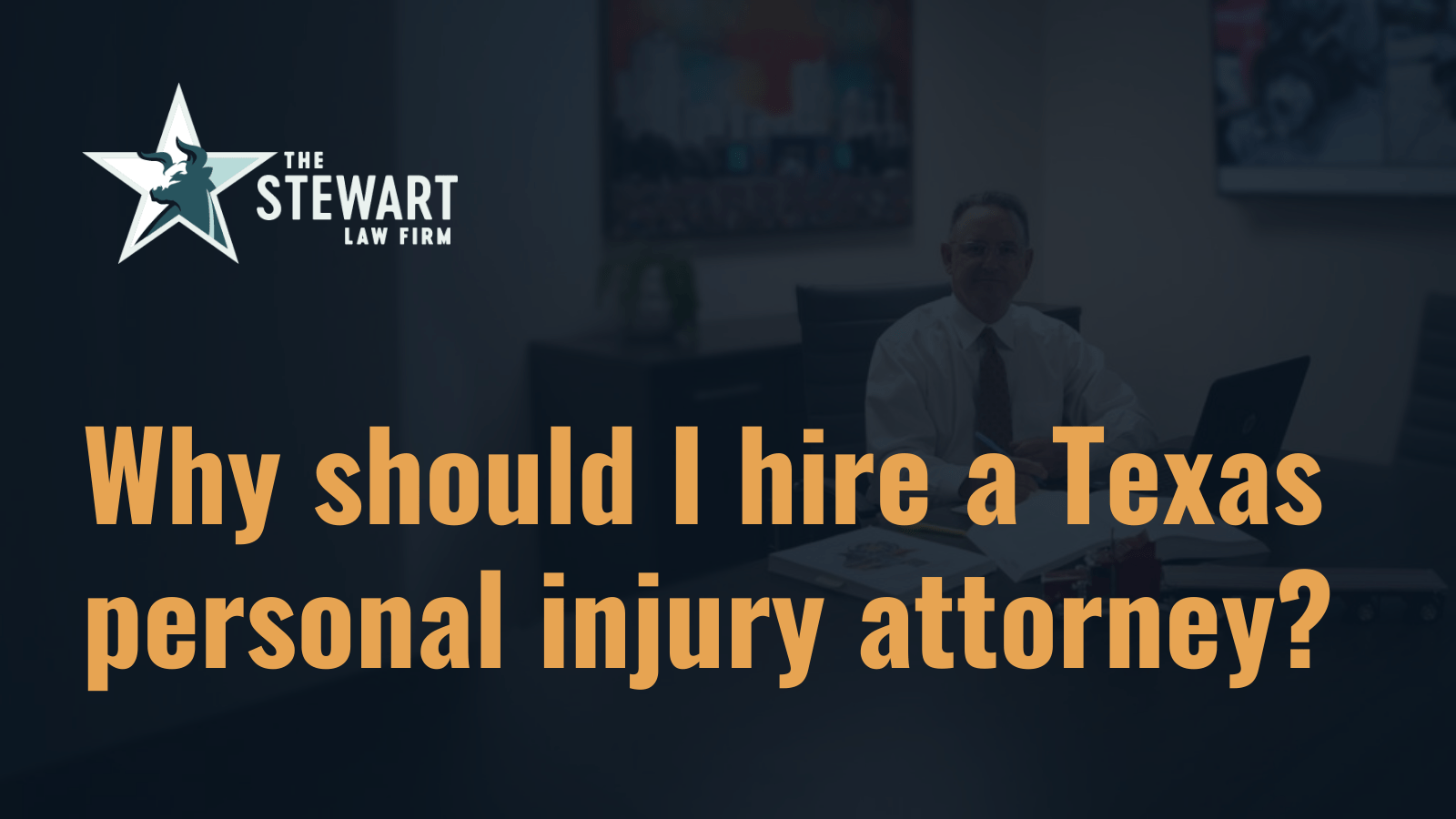 Why should I hire a Texas personal injury attorney?